Oystering on The Captain Wilbert 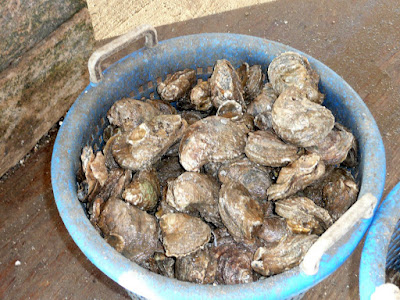 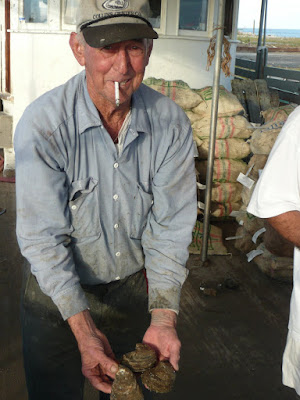 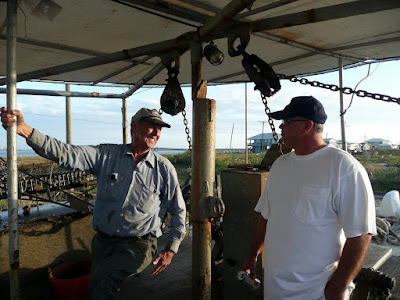 The typical day for an oyster man is a long and arduous one. Usually they are up a couple of hours before the sun and during the winter months when daylight is short, they are driving home well after dark. The work is hard and when the demand is there his job is seven days a week.

Captain Wilbert was oystering on Thanksgiving day because he said "people were waiting in line and we can't get enough". He has always had a demand for his oysters and anyone that knows him will tell you he has some of the best around.

The Saturday my brother Jeff and I met Wilbert Collins the weather was perfect, sunny, cool and calm. He had a three man crew with him that day and fished for 10 hours. The oysters that were landed were salty, round and had mussels or eyes as big as fifty cent pieces and just as rare.

After the truck was loaded, the boat tied up, we watched the sun setting over Barataria Bay, and could see Wilbert was proud of the oysters he had caught that day.

We left with a couple of sacks of oysters and headed to camp "Eat Out" for a great oyster supper that night.
at December 02, 2008

Email ThisBlogThis!Share to TwitterShare to FacebookShare to Pinterest
Labels: Oysters