Meals at Camp "Eat Out" 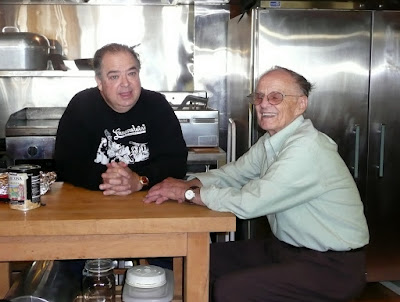 Jim & Layman Savoie in the Kitchen at Camp "Eat Out" 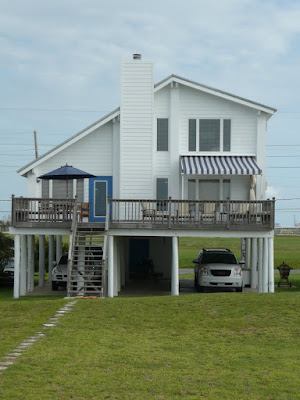 One of the great rewards for me working in Grand Isle has been my friendship with Layman Savoie. I met Layman over 40 years ago and have spent may hours in the kitchen with him.
Last week I had the opportunity to sit down with him in our kitchen and talk about the 40 something years that we have been together. I have enjoyed so many meals that Layman prepared while we were working on the water, loading trucks or buying fish, shrimp and oysters in Grand Isle. He is one of the best "camp cooks" that I have had the chance to meet while working in south Louisiana.

Layman maintained and cooked at Camp "Eat Out" since it was built more than 30 years ago. Before that he looked after us and cooked at a house trailer we used for an office and living quarters. His camp management abilities and cooking skills are legendary in that area and his reputation is well know. He has cooked for so may people over the years that still ask me if Layman is still making his pies, biscuits, ham and grits. Layman's breakfasts and pies are what people always remember and looked forward to in the morning when waking up at the Eat Out.

In 2008 and in his 80's Layman still can be found around Camp "Eat Out" every day. He makes sure that everything there is perfect and our stay is as comfortable as being at home.

Layman worked for Texaco for 40 years before retiring. He ran Texaco's camp where the offshore oil workers lived and ate when they were working in the Grand Isle area. He told me " in those days everything was made from scratch and people knew what good food was and expected every meal to be great." He took care of Camp "Eat Out" while working for Texaco on his days off and when he retired we asked him to come with us full time. He has been with us since and I could not imagine being there without him.

My old friend Layman died this Monday morning, April 7, 2014 at 7:30 a.m.  I loved him and will miss our little talks at Camp Eat Out!  God Bless You Layman, you have always been a wonderful friend and a great man.
at December 04, 2008

Email ThisBlogThis!Share to TwitterShare to FacebookShare to Pinterest
Labels: Camp Eat Out