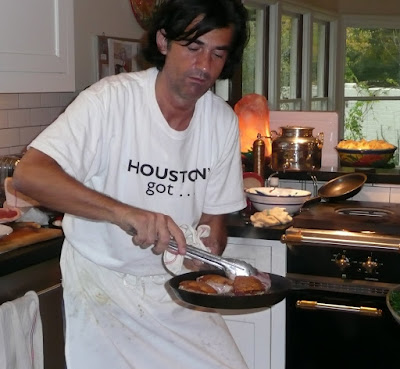 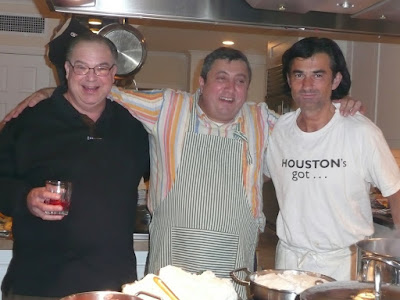 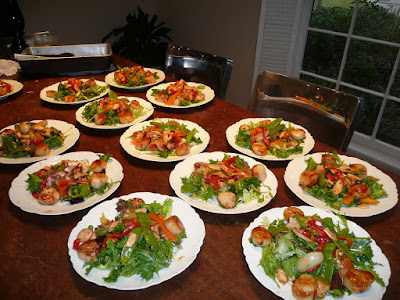 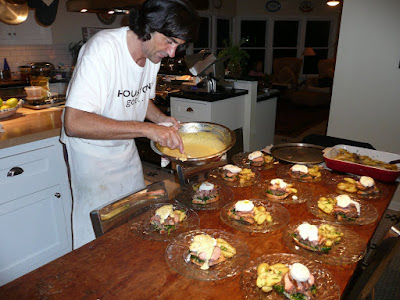 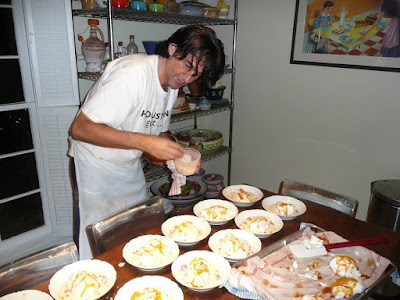 Elie and Laura Massoud had a wonderful dinner party last night. Philippe Schmidt out did himself and turned the Massoud kitchen into a one man restaurant.

Philippe started things out with a salad of seared diver scallops and a mixture of fresh garden vegetables picked up at the East Side farmer's market on Saturday.

He followed that up with a duck that was prepared as follows. Philippe toasted slices of a farm loaf bread and added a mound of fresh spinach, duck confit and sliced duck breast with crispy skin. Then to the top of that he added a poached egg and spooned hollandaise sauce over it all. He served this with fingerling potatoes.

The next course was a dessert that his mother made for him when he was growing up in France, the classic "Isle Flotant", which is poached meringue floating in a rich custard sauce.

The highlight of course was Philippe's meal, but the side show between Elie and Philippe fussing, fighting and insulting each other was the makings of a sitcom.

Thanks Philippe for the wonderful meal last night, I can't wait for act two!
at December 15, 2008