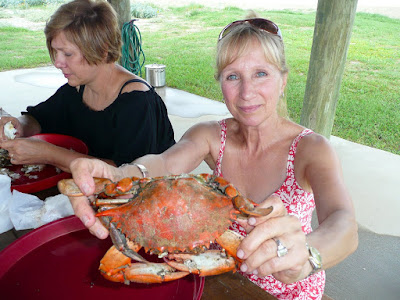 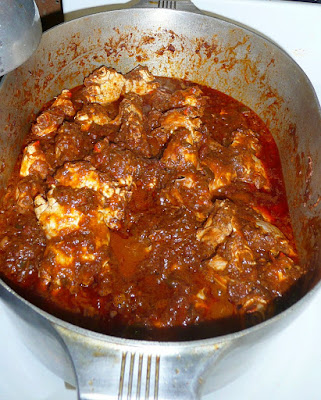 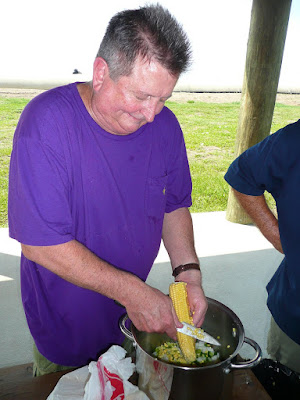 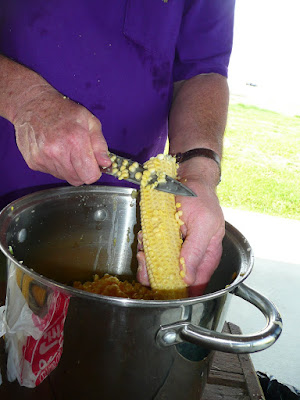 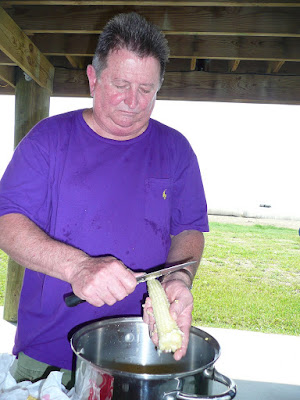 Every time that Don Usie invites us to supper Diane and I wish we could drop everything and head over to Don's house. Don lives in Lafayette and is among my favorite people to cook and sit down and eat with.

Don is originally from Breaux Bridge, LA and learned to cook from his parents who taught him traditional French Acadian cooking at it's best. Don does not do anything easy and never would think of taking a short cut, from peeling his own crabs for crab meat to cleaning the crab's shells with a tooth brush before adding them to his sauce.

Knowing Don was headed to the Island I notified my favorite crabbers to hand pick the best crabs from their catch that day. I had them pick 6 dozen of the largest and heaviest freshwater male crabs from the catch. The day I called they caught about 5,000 pounds of crabs. I knew that I could impress Don with the best crabs culled from that catch. When Don arrived my brother Jeff, Don and I headed up the bayou to pick up our crabs and yes I think Don was impressed with what our fisherman Jeffrey had chosen for us. Don kept saying I can't believe these crabs, man look at these crabs!

The trip up the bayou yielded a couple of other good things from soft shell crabs to jumbo 9 - 12 count white shrimp but that is a story for another time.

Don starts cooking not long after he wakes up in Grand Isle. A big breakfast first then he starts the evening meal. Today it was going to be his famous crab etouffee and corn maque choux. He started with four chopped onions and a couple of diced green bell peppers, two large home grown tomatoes and a can of rotel (tomatoes with green chilies) and about a cup of vegetable oil in a heavy bottomed pot. He simmers and stirs this all day making a red paste after simmering for eight hours. The sauce is ready to add the raw crabs which he has cleaned with his crab tooth brush after he had chilled them with ice so that they became dormant. He pulled the top shell off of the crab, trimmed the swimmer legs with scissors and broke off the claws. Don boiled the claws and picked the meat so that he could add the meat to the etouffee right before it is ready to serve.

It's time to add the whole cleaned raw crabs to the sauce, he stirs in the crabs very good, covers the pot and cooks on medium fire for about an hour stirring again three more times . He checks for salt and pepper and adds a little more pepper and chops a fresh cayenne pepper over the sauce then adds the claw meat and covers for about 20 more minutes. He had a large pot of Maque Choux that he had cooked on the side. Don called out it's time to start the rice as he heated garlic butter to spread between a loaf of crusty French bread.

As soon as the rice was ready the smell of the garlic bread spread throughout the camp I knew it was almost time to eat. It had been 10 hours from the time Don started preparing supper that morning until the time we ate. As we sat down to this glorious meal Don and Jeff were trying to decide what they were going to cook tomorrow for lunch.

Jim, I love your blog. You have so much experience and interesting information to share. Do you ever post recipes? I would love to try some of the dishes you describe and the desserts Dianne makes.