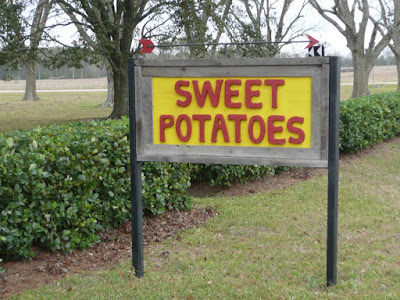 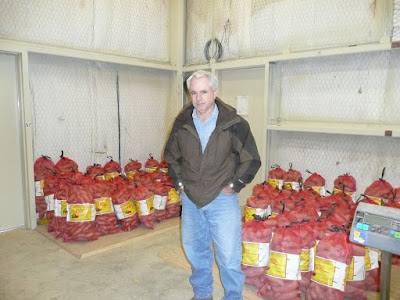 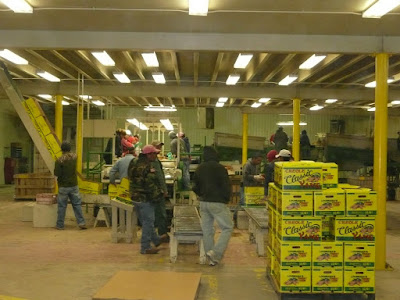 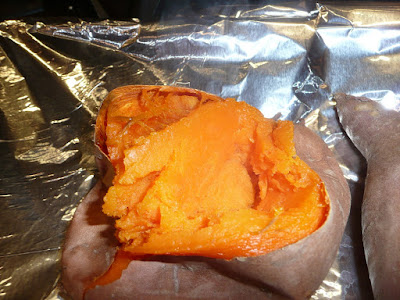 I can't think of the Holiday Season without thinking of Louisiana Sweet Potatoes. Growing up with six siblings, everyone of us had our favorite side dishes. Mine was yams and cornbread dressing. I could always make a meal with these two sides. My mother knew each of our favorites and included every one of them. They were, macaroni and cheese, string bean almondine, rice and gravy and an eggplant and shrimp casserole along with many others that changed over the years.

Christmas week I decided to take our grandchildren and nephew's to search for a sweet potato that was prevalent when I was growing up, the Puerto Rican yam. Because of it being prone to disease it is rarely found in Louisiana anymore.

"Yam" also refers to sweet potatoes that are grown in Louisiana. When the orange-fleshed, Puerto Rican variety of sweet potatoes was adopted by Louisiana producers and shippers, they were called "yams" to distinguish them from the white-fleshed sweet potatoes grown in other parts of the country. The yam reference became the trademark for Louisiana-grown sweet potatoes.
I was looking for the best or should I say the sweetest potato grown today. I had been eating Puerto Rican yams for many years and have not been able to find them for the last five years or so. During that time I've enjoyed the Beauregard sweet potato but decided to chase my taste of old and I think I have found it.

All roads led me to Garber Farms in Iota, LA , owned by Wayne Garber and his son Matt. I met Wayne and picked up two sacks of the small Beauregard yams and while Wayne was giving me a tour of his packing plant he gave me a few of the new Evangeline sweet potato to try. He told me that LSU had developed this new potato and had planted a few acres of seed in 2007. This year most of the sweet potato producers were evaluating the new variety on a limited commercial scale.

When I got back to Lafayette Diane and I cooked the potatoes that Wayne had given me and after observing the rich orange flesh color and sweet taste I immediately called him back and asked if I could get a 100 pounds for my private personal use during 2009. I drove back to Iota the next day and picked up enough Evangeline sweet potatoes for the upcoming year.

This morning I put a tray of "Yams " in the oven so I would be able to enjoy them all week I like taking the left over potatoes in the refrigerator, peeling, slicing them in thick rounds and frying in bacon grease then serving them with breakfast in the mornings.
at January 02, 2009

Email ThisBlogThis!Share to TwitterShare to FacebookShare to Pinterest
Labels: Yams

We love these yams! Can't find them always, but buy a lot when we do. Wondering how you store them to last all year? My family had root cellars, but modern life has done away with those... Enjoyed reading the post - great idea for a blog.