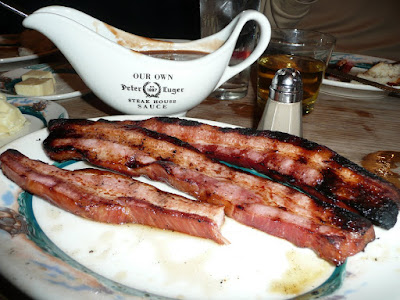 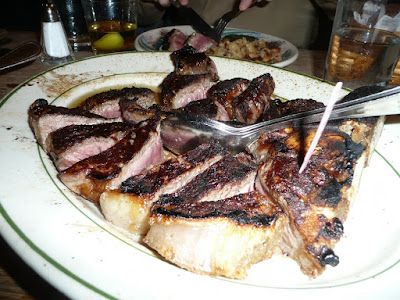 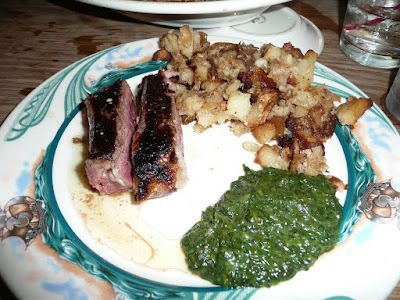 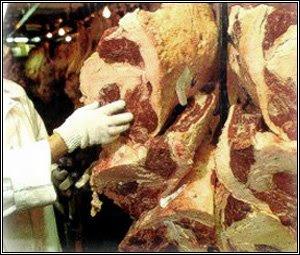 About every three or four times we visit New York I am lucky enough to get reservations at Peter Luger's Steak House in Brooklyn. This was one of those lucky trips that I was able to get reservations for five people. Having been named by Zagat "Best Steakhouse in New York" 24 years in a row just makes it more difficult to get a chance to eat here.

We arrived about 6:45 pm and had time to order a drink at the bar before we were promptly seated. Peter Luger has been serving prime steaks since 1887 and only family members are part of the meat selection process. I did not need a menu on this recent visit, knowing exactly what I was going to order. Beefsteak tomatoes with onions, thick sliced bacon, creamed spinach, German fried potatoes and a Porterhouse medium rare for five people, was on our agenda tonight. There is no better way to start you trip to New York than to dine at Peter Luger's on the first night you arrive in the city.

We had a great waiter that night and when I told him that I wanted him to take care of us, he gave me a nod and that is what he did.

Email ThisBlogThis!Share to TwitterShare to FacebookShare to Pinterest
Labels: Steaks